21 Things to do While Travelling India

Home/Blogs/21 Things to do While Travelling India 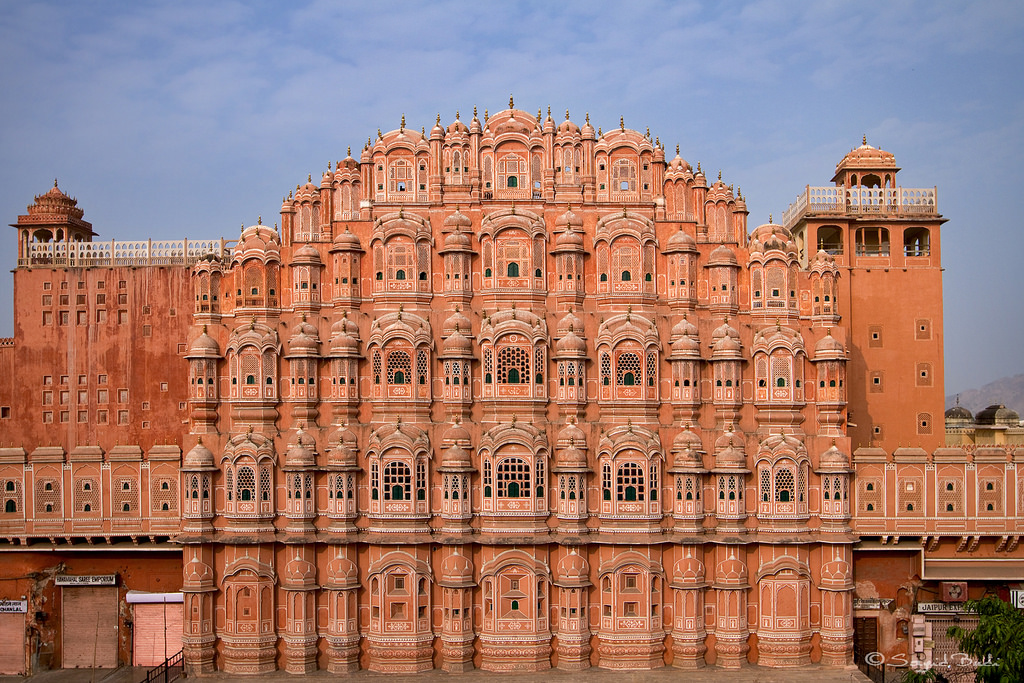 21 Things to do While Travelling India

For the thrill seeking traveler India is an all-in-one deal. The Indian Himalayas and the many hill formations present the trekker with innumerable hiking and trekking options. The wildlife sanctuaries, whether in the â€˜sholasâ€™ of southern India or the thick teak forests of the east, whether in the â€˜salâ€™ and â€˜shishamâ€™ jungles of the north or the scrub of the west, are for the nature enthusiast. White water rafting in the rapids of the Himalayan rivers, â€˜kettuvalamâ€™ cruises in the Kerala backwaters, snorkeling, diving, water-skiing, beach bumming along Indiaâ€™s extensive coastline, thereâ€™s enough to make a water lover happy. There are many centers for adventure sports like parasailing and paragliding. Skiing in the Alps it is not, but for beginners the slopes in Auli and the more difficult ones in Spiti would provide some thrill.

1.Ride an Auto rickshaw
Auto rickshaws, the three wheeler most commonly found on Indian roads gives an exclusive experience of traveling for those, who are not familiar with the vehicle. They are generally black or green in colour and have a yellow roof . If you are a bit more adventurous, ask the driver to take control of the wheel. The bumpy ride is an experience in itself.

2.Take a ride on Indian Railways
India has one of the largest railway networks in the world. With more than 150 years of service, the Indian Railways offer superb experience for passengers to watch the tourist destinations like Nilgris, Agra, New Delhi, Kashmir, and Himachal. The â€œPalace on Wheelsâ€ operating from Delhi to the mighty Agra is one such train in India. Also don't forget to taste the different snacks and food offered in the train and at stations.

3.Visit Taj Mahal
India's most famous architectural wonder, in a land where magnificent temples and edifices abound to remind visitors about the rich civilization of a country. It is really a tribute to the beauty Mumtaz Mahal by her husband, the great Mogul ruler Shah Jahan. Taj Mahal means â€œCrown Palaceâ€ and is in fact the most well preserved and architecturally beautiful tomb in the world. No wonder that it's acclaimed as one of the Seven Wonders of the World.

4.Enjoy an Indian Pub
Pubs are famous in major cities like Bangalore, Bombay and Hyderabad. They play loud music and offer various options of Indian draught and liquors. Many of them offer spicy snacks to go long with the drink. Open till late nights, these pubs are favorite hang out places of the youngsters who gather to drink beer, and groove to Hindi and International club songs. Some of the famous ones in Bangalore are Pub One, Knockout, Sonia Green's, Thumbs Up, Pubworld and NASA.

5.Watch a cricket match
Cricket is a religion to the Indian sports lovers and the cricket players are as popular as Cinema stars. In spite of Hockey being the national game, Cricket is the most widely watched and appreciated sports in India. When India plays the whole country comes to a standstill. India has some of the most famous and varied grounds in the world. The Eden Gardens in Kolkata is considered the Indian equivalent of the imposing Lords or MCG and presents an awesome sight when filled to its capacity of 100,000. Watch Tendulkar, Dravid and company battle it in our tests and one day matches with electric crowd support.

6.Have Biriyani for lunch
A â€œBiriyaniâ€ dish is Basmati rice with a mixture of whatever takes to your fancy. Different types of biriyanis are available,, namely vegetable, chicken, mutton, and beef. The most famous of the Biriyani dish is the Hyderabadi version especially the Gosht Dum Biryani or the Kuche Gosht ki Biryani - basmati rice cooked with succulent pieces of meat laced with saffron and pure ghee, fresh out of the clay handi (curry-pot). It is presented with great flair in the clay handi itself, which is sealed with dough and flicked opened expertly in front of you to reveal the insides. Try this variety in some of the popular joints in Hyderabad like Paradise, Hyderabad house and in numerous hotels open till late night.

7.Enjoy on board the â€œPalace on Wheelsâ€
Roll back the pages of time for one glorious week, recapture the pomp and pageantry of a royal past in royal style. Step aboard the Palace on Wheels, once the personal railway coaches of the erstwhile rulers of the princely states of Gujarat and Rajputana, the viceroy of British India and the Nizam of Hyderabad. Palace on Wheels tour epitomizes the rich Indian heritage and journeys through one of the most exotic regions in the world - Dazzling Delhi, Royal Rajasthan and Amazing Agra.

9.Houseboat Cruise
Houseboats or â€œKettuvallamâ€ is made entirely of Jackwood planks tied together with strong coir rope to form a huge barge. The boat is constructed without using a single nail and is coated with a special resin obtained from boiling cashew kernels. Each a masterpiece of intricate craftsmanship, the â€˜kettuvallamâ€™ lasts, not for years, but for generations. Houseboat has furnished bedrooms, modern toilets, cozy living rooms, a kitchen and even a balcony for angling, an open lounge and a crew comprising of an oarsmen, a cook and guide. Stay overnight in these houseboats and enjoy the spectacular view of the backwaters of Kerala.

10.Shop for Indian Handicraft and Saris
Indian craftsmen carefully craft numerous motifs and designs, intricate and beautiful, in a variety of hand-crafted items. These have been perfected over centuries. The beauty of Indian textiles spread far and wide even during the ancient trade. They were very popular for their fine quality and excellent embroidery done on them. The sari is a long strip of unstitched cloth, ranging from five to nine yards in length, which can be draped in various styles. The most common style is the sari wrapped around the waist, with one end then draped over the shoulder. You can buy Saris from numerous shops in India. Also learn to drape a Sari while you are in India.

11.Take an Elephant ride
Elephants have long been associated with the royal grandeur of the Indian Kings. The majestic animal reminds us of those glorious days when the kings went around their kingdom to monitor the progress of their people, or lead the way of the army to defend their motherland. Riding on the back of the elephant will definitely be an unforgettable experience. The Corbett National Park in the state of Uttaranchal and the Kaziranga National Park in Assam and Thekkady in Kerala are top elephant riding spots in India.

12.Stay in a Cocohut
Goa's Palolem Beach is such a wonderful place to stay and enjoy. It is a long stretch of fine sand fringed with palm trees. You can stay in a â€œcoco hutâ€ which is a shack on stilts. There is also a restaurant or two on the beach where you can taste a sample of some of the typically excellent Indian cuisine offered in Goa.

13.Try Indian beer and rum along with spicy starters
Indian beer is something special for people from all over the world. Kingfisher, Kalyani, Taj Mahal etc are some of the popular brands. All Indian beers are either lagers (5 % alcohol) or strong lagers (8 % alcohol). Another option to try is the various versions of Indian rum. They are popular with Coco Cola, including the Indian version called Thumps Up. Appetizers like Chicken Tikka, Peanut Masala, Chicken Manchurian, Masala Papads are spicy adds to the liquor.

14.Trekking in Himalayas and other hill ranges

The mountain ranges of India offer breathtaking, enthralling trekking routes. In the vast amphitheatre of the Indian Himalayas and Karakorams, there are limitless possibilities for trekking tours, mountaineering, skiing, and river rafting . In India, trekking enthusiasts can also explore the rugged beauty of the lofty mountains romancing the shimmering waterfalls cascading down in glee, like a merry village belle. Trekking in India is an unforgettable experience as it not only lets you experience the unexplored trails made by nature, but also brings the visitor directly in touch with the country and its people and helps you to appreciate the mountain environment.

15. Eat & Chat at a roadside shop in Mumbai
To remember your Mumbai experience, you must taste the Pav-Bhaji, Indian Hamburger-vegetable cooked in butter and spices served with bread and bun and Vada-pav, a variety of snack made of fried potato patties sandwiched in a traditional bread bun spread with a tangy chutney. One bite and sip of warm chai is enough to give you all the comfort you are looking for! The various chats offered are an indispensable part of street food culture in Mumbai.

16.Enjoy Camel safari in Thar dessert
A suitable trip for those with time to spare and with the desire to experience the elusive sunset shades of the desert and the solitary magic of the rolling golden sands. Camel safaris are available in the Thar Desert and range from one to fifteen days duration. The best safaris are in the heart of the Thar, in the Jodhpur, Jaisalmer and Bikaner region, and will pass tiny villages and remote trading posts. Another popular area is the Shekhawati region. The safari organizers attempt to recreate the atmosphere of the old caravan journeys; music, traditional food and campfire hospitality are all part of this unique experience.

17.Attend a Dance party in a Goan club
The pubs in Goa provide an evening filled with fun and excitement. Each pub is designed with a different theme. Large groups of tourist as well as locals gather at these pubs to enjoy their favorite drinks, listen and dance to the latest music. During New Year celebrations the dance programs will be in full swing that people from all over the world gather here to experience the new dawn. The atmosphere is just great - relaxing and conducive to a pleasant night out with family and friends. Most of the places serve exquisite seafood and other Goan delicacies and have well stocked bars.

18.Sunbath at Kovalam and Goa
India offers some of the cleanest beaches in the world. Kovalam in Kerala and Goa offers some of the most popular beaches. The enchanting strip of golden sands in these locations is laced with the rich greenery of coconut palms. Moreover, the relaxing sunbath and suntan facility of the beach is one of the reasons of tourist attraction.

19.Watch an Election rally
India has been a democratic center of attraction since its independence with its multiparty political system. It is feverish during elections in India with demonstrations and rallies all round the corner. Enjoy the vibrant scenes of political activities of India while you stay here.

20.Visit temples to see the mural crafts in Tamil Nadu
Tamil Nadu, the southern state of India better known as a land of temples, has more than 30,000 temples. These temples were constructed by various dynasties. Tamil Nadu is the home of the legacy of ancient Dravidian art and culture, characterised best by deliberately ornate temples with their towers known as gopurams, which aspire to touch the heaven.

21.Attend an Indian WeddingÂ
Indian Big Fat weddings are famous across thw world for their colors, traditions, pomp and food.